Gambling is one of the most lucrative industries worldwide, and, as with most popular activities, myths soon follow. Over our time streaming slots, interacting with viewers, and reading the chat during our Live Streams, we have seen a lot of myths, misinformation, and some strong opinions regarding gambling. During this series, we will be looking at some of the most common myths regarding gambling and online slots, and uncovering the truth.

Last week, in Part 1, we looked at “Hot Slots” and the idea that a slot can go on hot, or cold, streaks. If you haven’t checked it out yet you can do so here, but we reached the conclusion that slots are indeed random, no matter what our feelings lead us to believe.

This week, we’ll be looking at “Streamer RTP”, and RTP as a whole generally. Is it possible for a casino to alter the RTP of slots to give the person advertising for them a better chance of winning? Is the RTP of a slot set higher upon release, to encourage players to continue playing, then lowered after some time? And most importantly, how much does RTP affect the every day player, both short term and long term?

Let’s start off by looking at what RTP is. RTP stands for “Return to Player”, and is the amount of wagered money that will be returned to a player over time from a slot machine. RTP is calculated over millions of spins, and long periods of time, and therefore it should not be assumed that if you play 100 spins on a slot that you will receive your RTP back. If a slot has an RTP of 95%, this means that if you were to play this slot for an infinite amount of time you would receive back 95% of your money, meaning you would suffer a 5% loss. This, of course, is why you’ve heard the phrase “The House always has the edge” and perhaps leads you to question why anyone would gamble at all. However, it’s important to understand the distinction between the short-term affects of RTP, and the long, which we’ll look at below.

Short term, a small change in RTP may not be a noticeable change to most players. This is quite simple to understand; day to day we rarely achieve the RTP we are told. In short bursts of spins, your RTP can sit considerably higher, or lower, than expected. Slots are volatile short term, but have a predictable long term life, and this logic extends to both the lowest volatility slots, and the most volatile slots we know. A player could play 100 spins on a 98% RTP slot and only get back 60% of their money, whilst another player could play 100 spins on a 94% RTP slot, and double their money. In the short term, we can win or lose money depending purely on luck, while not actually being within the confines of the designated RTP. The easiest way to recognise this is to consider every time you have played a slot, and cashed out your money with profit. If players could only win their RTP every time they played a slot in the short term, no player could ever win.

Long term, players can assume they will get closer to the expected RTP. As previously stated, if a player were to play a slot for an infinite amount of time, they would hit the RTP target to the exact number. However, it isn’t possible to play a slot for an infinite amount of time, so instead we come to understand that as someone plays a slot for an extended period of time, they should get closer to the RTP as time progresses. This shouldn’t be used as a strategy for gambling, however, and it shouldn’t be assumed that if you have previously won on a slot you should expect to lose, or vice versa. This was covered in our last news article here. RTP is calculated over millions of spins, and is more complex than players often believe.

One of the most common myths that surround RTP is the idea of a “Streamer RTP” existing, and that streamers, or those who advertise for casinos, have a higher RTP. Now, there are two ways to consider this. The first, is the idea of a streamer having their account set to a higher RTP by a casino, making their experience gambling unreasonable in comparison to the regular player. There is no easier way to explain this other than the fact that it is extremely unlikely, and in some ways impossible. Casinos do not create the slots, which are instead created by software developers. Casinos can change certain things about slots, but cannot change the RTP. Game developers are regulated and licensed, and have their RTP checked. Casinos, in turn, have their games tested and checked to make sure they are in line with the game that was originally created. This means that for regulated developers and casinos, it is next to impossible to alter the RTP of a slot generally, let alone for an individual player.

What is more important to consider, is why a casino would want to do that. As mentioned at the start of this article, gambling is one of the most lucrative industries worldwide. In the UK alone, in 2018, there were over 36 million active player accounts with online casinos, all having been used that year. Casinos turn over billions of pounds each year, making it extremely unlikely they would risk their reputation, and their license, to alter the RTP for individual players. Aside from what streamers show, there are plenty of incredible, life changing wins that happen every day to regular players, so casinos don’t need to change an RTP, or risk their license, to be able to show people a huge win. As for game developers attempting this, it is even more unlikely. Once a player opens an account with an online casino, the chances are they will play at least one game associated with most of the main providers we know, so it isn’t critically important for them to lure customers to their games specifically, under false pretenses.

The second way to consider Streamer RTP is that a streamer achieves a higher RTP, rather that being provided it by a casino or developer. This is more complex to consider, because streamers are often provided bonuses by the casino they advertise for. The purpose of the bonus is simple – it allows streamers to produce more content for their viewers, but it is important to remember that streamers are still bound to wagering requirements like the average player. Bonuses do give a player a chance to play longer, but with streamers who play on a higher stake, the “swings” we hear of are often larger than a smaller-stake player. If a player who regularly deposits £/€20 each time and plays on 20p/c stake loses 10 deposits in a row, that becomes a £/€200 loss, or the equivalent of  winning/losing 1000x on a 20p/c stake.

It is important to recognise that these stakes aren’t comparable in an affordability aspect. Often viewers cannot understand a streamer losing such a large amount of money in a short space of time, but rather we compare these in a “likelihood” aspect, and recognise that it is no more or less likely that a player will win 1000x based on their stake. Finally, it is important to remember how often streamers gamble, and for how long. Often they stream 3-5 times per week, and record content 2-3 times per week, so they are spinning plenty of spins to get those great bonuses we see. This should be remembered particularly with pre-recorded content, where “dead spins” are removed during editing, so a 15 minute action packed video may have taken hours, and a lot of money to film.

Often players will feel as though a new slot release will play “better” and pay out more wins upon release, and then a few weeks later will go cold. What is most likely is that this is directly associated with our “feelings” rather than any fact or reasoning. When a slot is first released, particularly a highly anticipated slot, many players tend to play it a lot within the first few weeks, to uncover all features. As such, we are more likely to see big wins, as players are more likely to show us these wins when they come from a new slot. We will frequently see a lot of people sending us, or telling us about, a 100-500x win on new slots, whereas on established slots we are less likely to hear. Players don’t tend to tell us if they win 150x on Danger High Voltage, as we have already seen the things this slot is capable of, but they will tell us about these wins on new slots.

A good example of this is in the comments section of our recent video, where we explored all bonuses on Blueprint’s newest slot, Rick and Morty (Wubba Lubba Dub Dub). We had an excellent experience on this slot, and our comments section was full of people telling us they had a similar experience. However, we also had comments from players who played through a lot of spins awaiting a bonus that did not come. It is purely luck.

As mentioned above, there are regulations surrounding RTP. Software developers that create the slots we know and love are licensed and regulated, and must adhere to the conditions of these regulations. Although software developers are at liberty to set their RTP as high or low as they would like, it is a competitive market, and often is one of the first things players will check before playing a slot. Casinos, already licensed and regulated, that then receive access to these slot games are further regulated by an independent body, who will check everything is correct and in place. Finally, both developers and casinos are required to tell players the RTP of the slot they are playing.

Since 2016, casinos have been required to monitor the performance of their games regularly, with the focus being that the random number generators being used are achieving the desired Return to Player. The Remote Technical Standards, available on UKGC’s website, states:

“If you provide applicable products you must have processes in place to measure the ongoing performance of games. These would usually be periodic reports or automated backend processes running over the stored transactional data. You should raise alerts where a game appears to be falling outside the acceptable performance range. You should keep appropriate records as evidence of these processes as well as any more detailed investigations that have been performed as a result of an alert or an escalated customer complaint that warrants such an investigation. Where a game indicates an error in its performance that is confirmed upon further investigation a key event must be submitted.”

Although slots are checked before release, mistakes can happen, which is why these processes and regulations are in place. Depending on the amount of games played there is a certain range either way that is considered acceptable. With regards to Progressive Jackpots slots, RTP should be measured from the base game, and should not include the jackpots, which can reach very large amounts and are extremely volatile.

So that’s it for this week – Streamer RTP, although it can seem real, is simply a rumour that is very easy to get caught up in. Simply put, casinos and software developers would just not risk their reputation, license, or income to give streamers bigger wins. We hope you’ve enjoyed reading Part 2 of Debunking Slot Myths. If you haven’t yet, be sure to check out Part 1, and check back next week for Part 3 – Do Stakes Matter? 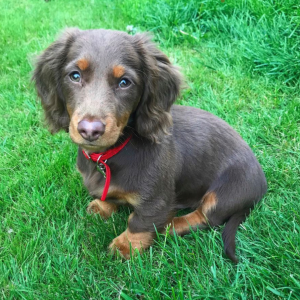