Creating a medium volatility slot, with a win cap that doesn't quite blow the doors off, that remains hotly requested is a difficult feat to achieve, but one that Blueprint Gaming have accomplished time and time again, no doubt as a result of utilising themes and graphics from well known film or television franchises. We all need a break from grinding games every now and again, and even the most experienced players would likely admit there's a lot to be said for a release wherein the wins may be smaller, but also more frequent, with features packed into every inch, close to bursting from the seams. A late 2020 example of this would be Rick and Morty: Wubba Lubba Dub Dub, which impressively held its own against the flurry of extreme volatility releases that followed, some with wins on offer up to 150,000x bet in size. At the time, Rick and Morty was dubbed “the new Goonies“, although this was regarded as a temporary title, with many players believing the 2018 release would be given the Megaways treatment – another mechanic Blueprint like to make the most of. Now, the new Goonies is here, and instead of being reworked to include the famous Big Time Gaming mechanic, Blueprint have stuck to their roots, bringing us The Goonies Return.

Boasting wins up to 50,000x bet in size (or £250,000 – whichever comes first), The Goonies Return offers players a medium-high volatility experience, with an RTP of 96.0%. Immediately noticeable is the upgrade to graphics, with things looking much the same, but much better. Each of the characters we know from the iconic storyline now look crisper than ever, and startling realistic, while every other aspect works towards complimenting these symbols, ensuring we know exactly what to look for in our pursuit of big wins. As ever, upbeat audios ring through, with famous cries including “Hey You Guyyyys!” and “Treasure!”, sure to please fans of the 1985 feature film.

The Goonies Return Base Features

Taking place across 5 reels, with 3 symbols on each, The Goonies Return has 20 fixed pay lines, with wins formed by matching 3 or more symbols on adjacent reels, beginning at the leftmost reel. Helping to form these wins are a host of symbols that fans of Blueprint's original The Goonies Never Say Die will recognise, including the lower paying J, Q, K and As, awarding players between 2.5 and 5x bet for 5 of a kind. Beginning to tie things to the movie, Data and Mouth are up next, helping to form wins of 10x bet, while Chunk and Mikey are worth 15x bet each, again for 5 of a kind. Finishing up the regular pay table is the Never Say Die black flag, paying anywhere between 2 and 5 of a kind, with values of 0.1x and 25x bet respectively. Finally, silver Wild Doubloons also come in at 0.1x and 25x bet for 2-5 of a kind, substituting for all symbols except Scatters, represented by One Eyed Willy Bonus symbols.

Keeping things as exciting as a treasure hunt, The Goonies Return boasts 7 modifiers, available through One Eyed Willy Key of Plenty, perhaps the most memorable aspect of the 2018 release, although this, too, has received an upgrade. Available at random on any base spin, players have a chance of triggering:

Alongside each of the aforementioned modifiers, The Goonies Return can also trigger random features after the reels have stopped spinning on a losing spin:

Finally, as if there wasn't enough action during the base game, players also have the chance to gamble base wins above 15x bet value in size, for a chance of landing a bonus, with One Eyed Willy Exchange. If a player chooses to gamble, one colossal reel containing only a bonus symbol or mystery win will spin, and if the reel lands on Bonus, a feature is awarded. At this point, players have the option to gamble further, for a Super Bonus.

At any point, players can collect either the original win, or the Bonus, without the need to gamble any further. If players do choose to gamble, and subsequently lose, they will be awarded a mystery win value.

Booby Trap Bonus: A key will sit in the middle of the screen, and players will choose to turn the key left or right. The direction chosen will either reveal an x-value win, upgrade to a higher valued bonus feature, or ‘Collect'. Players continue to choose a direction to turn the key until they choose ‘Collect'.

Waterslide to Wealth: A chase bonus, not unlike Rick, Rattle and Roll Bonus Chase. Players begin at x1, and continue to select doubloons, which will reveal an amount of steps to progress. At certain points along the chase, players may land on x values which have a ship steering wheel behind them, and at this point they will spin a separate wheel that may progress them further with a shortcut, or may upgrade symbols. The feature ends when a player chooses a doubloon which says ‘Collect'. Players that make it to the very end will enter the Big Money Bonus Round.

Skeleton Organ Free Spins: Awards 5 free spins, with sticky, stacked Skeleton Organ Symbols available to land on any reel. Landing these symbols locks them for the remainder of free spins, whilst any time this happens players will choose a key, therein revealing a symbol that every Skeleton Organ Symbol will change to briefly, awarding the relevant win before the next spin commences. At the end of the feature players have a choice of doubloons, with options to upgrade to a higher valued bonus, trigger additional free spins in the current feature, or to end the feature by revealing ‘Collect'.

Fratelli Free Spins: Awards 10 free spins. Each time a Super Sloth Wild symbol lands anywhere on the reels, it will leave behind a border to highlight the position for the final spin, wherein Wild symbols or cash symbols may land in the positions. Landing 5 or more cash symbols awards respins, whilst landing Wild symbols awards the respective win. At the end of the feature players have a choice of keys, with options to upgrade to a higher valued bonus, trigger additional free spins in the current feature, or to end the feature by revealing ‘Collect'.

The Final Voyage Free Spins: A mixture of Inferno Free Spins and Goonies Go Wild Free Spins from the original, players are awarded 5 spins. The Inferno Wild Reel symbol begins at the leftmost reel, and moves across by 1 for each spin. Alongside this, as the Inferno Wild symbol moves to the right, so too it turns Data, Mouth, Chunk and Mikey symbols wild, at a rate of one character per spin, resulting in a final spin with a wild reel, and 4 wild characters. At the end of the feature players have a choice of doubloons, with options to upgrade to One Eyed Willy Riches, trigger additional free spins in the current feature, or to end the feature by revealing ‘Collect'.

One Eyed Willy Riches: Akin to Money Train 2, this is the topmost feature available, and begins with 3 spins, however each time a cash value lands, the spins will be reset. Alongside this, character symbols not only reset spins, but also offer modifiers:

Once a feature has been triggered, players have the option to collect, or to gamble for an higher valued feature – always gambling for a bonus 1 level higher. If players choose to gamble and lose, they will be awarded a mystery win. Players can gamble the whole way to One Eyed Willy Riches.

Sequels are difficult, but creating a sequel so close to the original is more difficult again, and yet Blueprint have pulled it off. The Goonies Return brings us back to everything its 2018 predecessor had that we held dear, and takes none of it away. Rather, the base features have been elevated, to include multipliers or the chance of respins, whilst staying true to the heart of The Goonies. Although the bonus features have been changed, as expected, they now form a blend of the most popular aspects of the older features, creating new experiences for players who may feel as though they’ve drained everything from the original.

The addition of the gold key is something new for players to search for, and the new ‘tease’ is sure to infuriate most of us, as the lack of green glow was always the telltale sign. Now, this tease has been extended, dragging out the excitement just a little bit longer.

Regular upgrades have been added where necessary, to audiovisuals and win potential, which now sits at 50,000x bet, or £250,000 – whichever comes first, but it’s important to note that on any stake above €/£5 players will always reach £250,000 before reaching 50,000x bet. RTP and volatility remain the same, at 96.0% and medium-high.

The Goonies Return is sure to entertain more than just fans of the movie, and is so packed full of features and upgrades it may well replace the original for many players across the sector. With so much to see it will inevitably take multiple sessions to unlock each feature and modifier.

Will we ever see The Goonies Megaways? It’s hard to say, but for now, The Goonies Return will more than suffice. 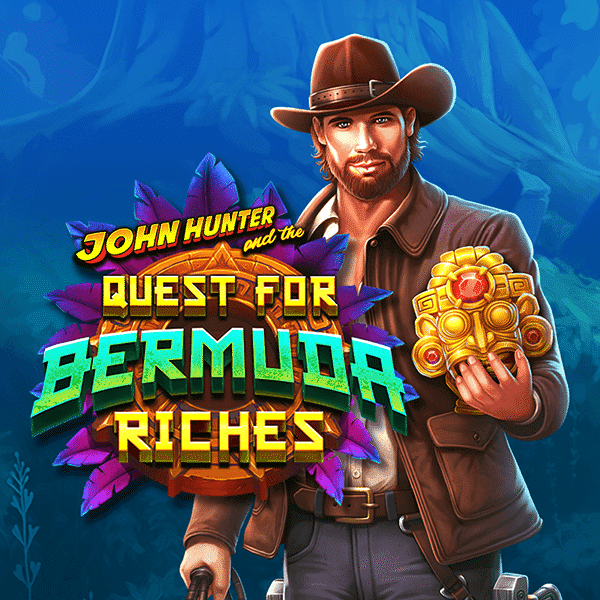 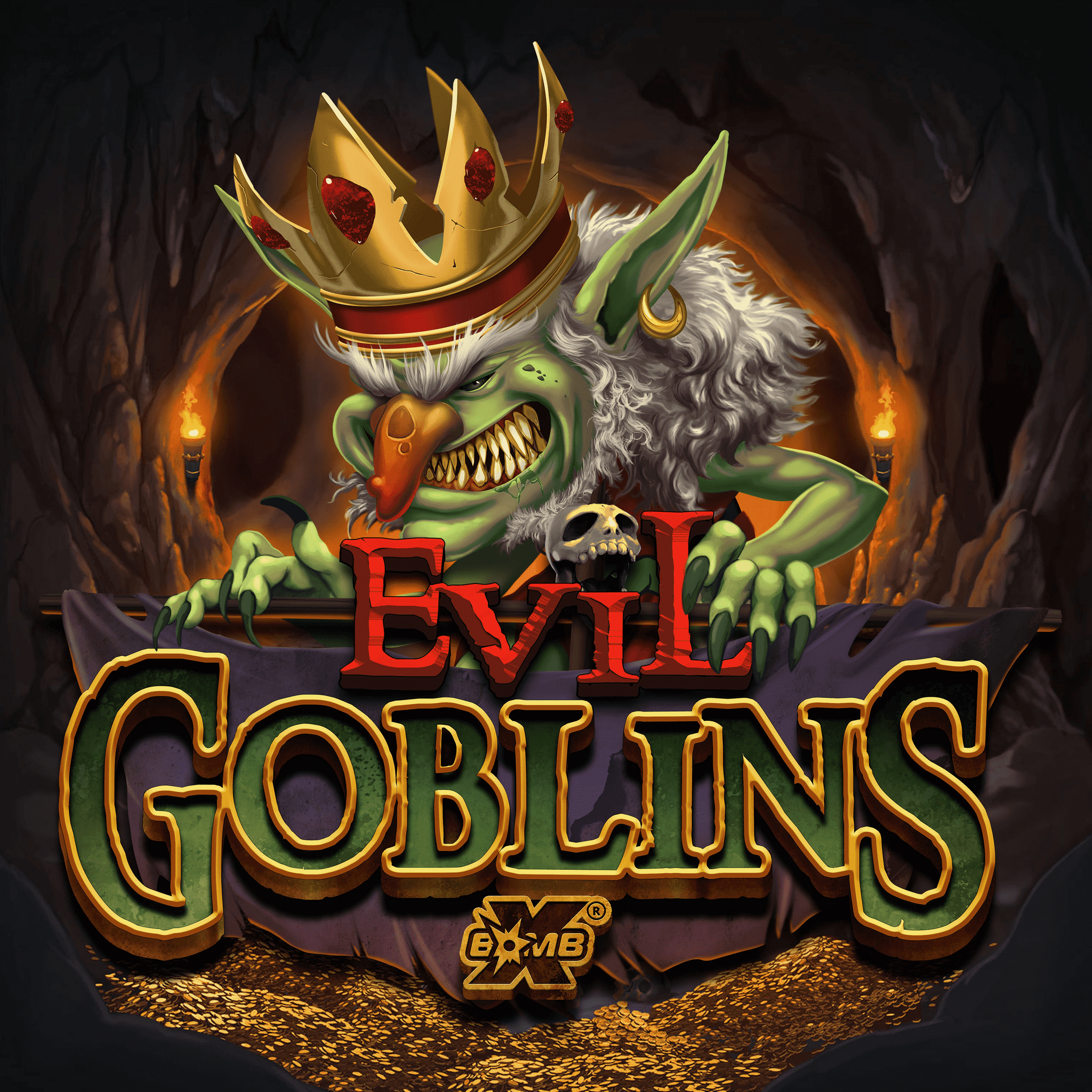